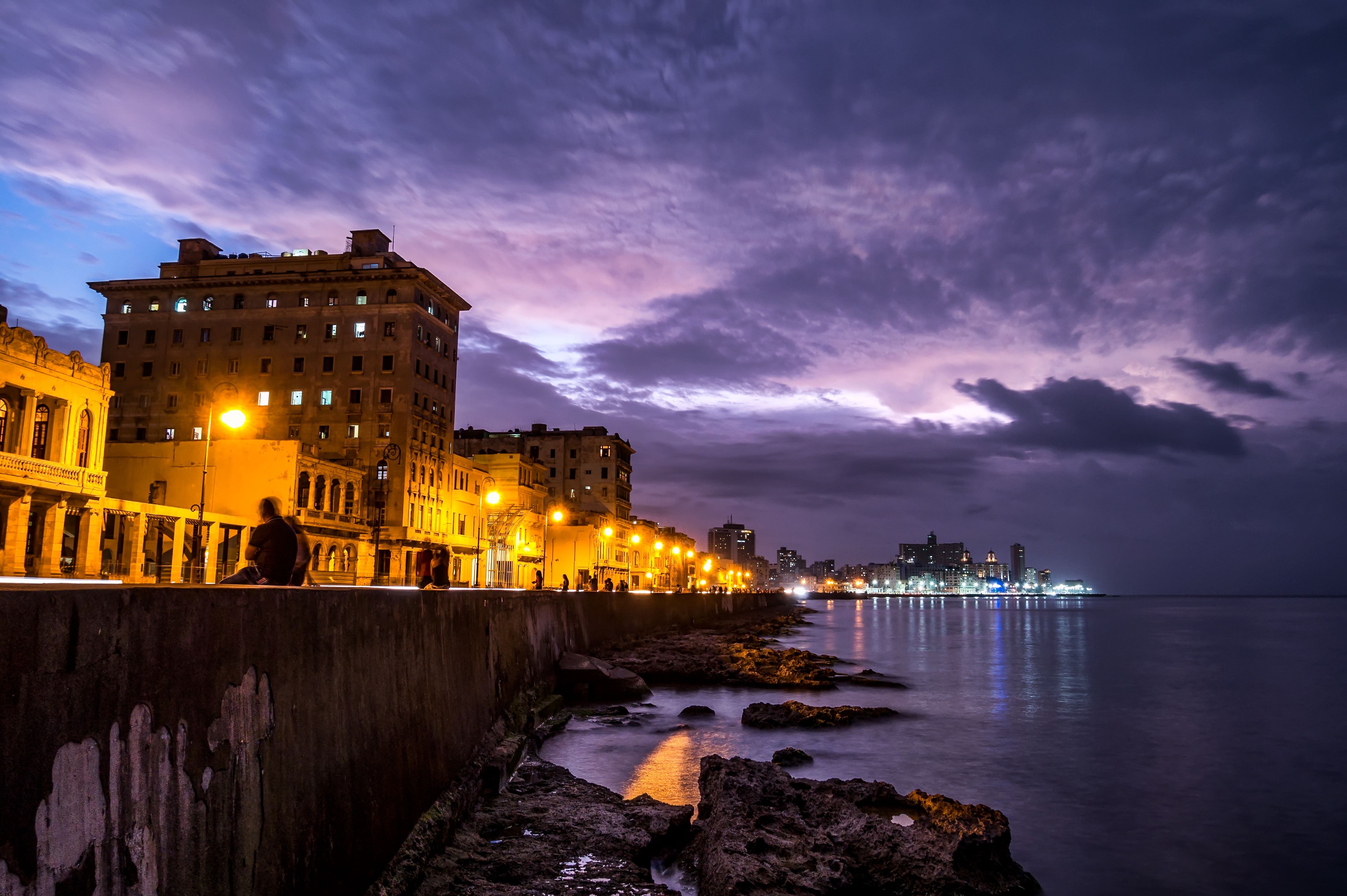 The city is very picturesque: the center of Old Havana with the narrow streets of the colonial time – the very history of the country and its capital – only one catalog of historical monuments includes over 900 objects. In the daytime, colorful shows are constantly held here, and in the evening cabarets open their doors.

Havana is an antique and attractive city, one of the most unusual in the whole world. It boasts a recognizable and memorable atmosphere where many attractions and a special mood are soaring in the air. It attracts travelers here and allow you to dive into the wonderful world of the capital of the island.

THINGS TO SEE AND DO IN HAVANA

• Enjoy the magnificence of the Plaza Vieja, the old square in the center of Havana. Some buildings have collapsed, but there are a lot that have been beautifully restored, which as a result became apart of the UNESCO World Cultural Heritage.

• John Lennon Park in Vedado is the only monument to Western musicians in Havana. His glasses are constantly stolen and replaced.

• La Fuerza on the Plaza de Armas. La Fuerza is the oldest bastion fortress in the New World. Currently it is the first maritime museum in Cuba. The museum has exhibits of Cuba’s maritime past from pre-Columbian times, including an introduction to the history of the Royal shipyards of Havana, where more than 200 ships of the Spanish fleet were built. The museum exhibits a huge 4-meter replica of the ship “Santizma Trinidad” – the largest ship of the 18th century with 140 guns on the four gun decks. Below you will find ancient navigational instruments, underwater archaeological artifacts, and gold and silver from the colonial era. Also note the original La Giraldilla weather vane in the form of a female figure. At the second level of the museum there are many other historical and modern models of Cuban ships. It is also a good place to observe the harbors and city skyscrapers.

• Catedral de San Cristobal in Old Havana is said that this is the only example of a baroque structure with asymmetrical features: one of the towers is wider than the other.

• Hotel Havana Libre in Vedado was home to Castro soldiers for several days after the capture of Havana. There is an excellent selection of photos in the lobby along with the only 24-hour fast food restaurant in the city.

• Stroll along Prado Street in the evening. Unfortunately, this wonderful place is not illuminated at night. Prado is notable for its street life, interesting cafes and special charm.

• A favorite walk for tourists and locals is a walk along the Malecon embankment, passing along the main streets of Havana and offering stunning views of the bay.

Accommodation – All accommodation options in Havana are divided into three groups: beach hotels, city hotels and the private sector. Hotels by the beach are generally very good in terms of resort complexes, which are located away from the center. It presents a full range – from the modest and inexpensive to the truly luxurious. The most interesting option is the private sector. The houses in which the rooms are rented are marked with white plates with blue chevrons and the inscription “Arrendador Inscripto”, they offer very comfortable and clean rooms.
The main difficulty for travelers lies in the fact that there are practically no hotels in Havana in international booking systems. You can use Cuban sites or search for accommodation on the spot.
A double room in a 3 star hotel will cost 50-60 USD per day, a room in a “five star” costs 150-300 USD, and for living with local residents you will have to pay 30-40 USD.

Food – Lunch or dinner at an average state restaurant costs $ 20 for two. Breakfast in a private house is 3-4 USD. In a cafe, a coffee and an egg sandwich cost $10. In restaurants, breakfast is not served. One of the exceptions is “Chan Li Po Bar-Cafeteria”, which is open from 9AM and is located in the center of Havana. If you try, you can find a place where lunch (salad, soup, main course, dessert and national drink) will cost $6-10. There are many good, average-priced restaurants in Chinatown. “Barbaria” is one of the best. This restaurant is named after the German province, is decorated in Chinese style, and pizza and spaghetti are served here. After dinner, be sure to grab a mojito or daiquiri at one of these famous spots: La Bodeguita del Medio, which is where Hemingway drank mojitos or Floridita’s, which is famous for their daiquiris. For good measure, I’ll throw in one of my favorite pina colada spots, which is Hotel Nacional de Cuba.

Transportation – For tourists, the most convenient way to travel is a taxi. Some taxis are old American Chevys of the 1950s, others are the new Russian Lada. Most modern tourist taxis are Peugeot, Skoda and even Mercedes. It is illegal for tourists to travel in anything other than state taxis. However, it is easier to catchan old Chevy or Lada. If you are traveling in a private taxi, agree on the fare in advance. A trip in an illegal taxi will not be cheaper than a legal one, and may attract the attention of the police if you are going to the airport.
The fee is either 10 pesos for a short trip (5 km) and 20 pesos for a long or night trip (some drivers accept a 1 peso coin if you do not have Cuban).Coco taxis and yellow tricycles are a cheap way to travel in the center of Havana.The cost of travel on a new city bus to anywhere in the city is 1 Cuban peso. Renting a car in Cuba will cost you from 33 to 106 USD per day.

Suggested daily budget – $20 will be enough for a place in a decent room (double occupancy), lunches and two trips using public transport.

1 Nuances of currency rates: Exchange of US dollars in CADECA (Casa de Cambio) will entail a 10% commission. Pounds, Euros and Canadian dollars can be easily exchanged in “Cadecas”, and this will not entail any commission. I suggest exchanging your dollars to one of these currencies before leaving home then exchanging this currency for Cuban currency upon arrival.

2 Secrets of money saving. Rest in Havana is quite expensive. There are not cheap hotels and restaurants here as in other popular international destinations. The problem is that Cuba has a dual economy structure. It is much cheaper to live on the peso, but, unfortunately, for tourists it is almost impossible. Most hotels serving with pesos do not accept foreigners, and if they do, then you have to pay convertible pesos, which is the more expensive currency. In this case, hanging out with a local really pays.

3 Budget places to eat out. Kiosks receiving pesos are located almost throughout the city. Look for signs on tiny shop windows, they have a list of all products and prices. As a rule, 1 cup of espresso costs 1 peso, a sandwich – 5-15 pesos, pizza – 10 pesos. In different places offer other dishes, they cost about 5 pesos. Be polite and always leave a tip.Some restaurants, such as “Hanoi” on the streets of Brazil, offer a generous menu for 5 convertible pesos.With the help of the Cuban national pesos, you can buy ice cream for just 1 peso ($ 0.04) at small street kiosks scattered throughout the city. You can also buy bocadito (small ham sandwiches) or cajita (small fast food in a carton box) for less than 20 pesos ($ 0.80) or pizza for 7-10 pesos ($ 0.40).The Coppelia ice cream parlor opposite Habana Libre is one of the best places in Havana. People can wait a whole hour to get a seat. Prices are in pesos and convertible pesos.

4 A good piece of advice: In local restaurants, always ask for a menu or price before ordering, because there may be special rates for tourists that you will be introduced to after you eat or drink something.

There are two types of institutions where you can go for a drink in Havana. The first ones are Western-style bars, where you will find a good selection of quality drinks, good design, knowledgeable staff and live music. They are usually located in tourist spots, such as Old Havana, and tourist hotels. Here you will meet other tourists, foreigners and a few Cubans.

An alternative option is local bars, where you can choose a quality, but limited selection of drinks. Basically they sell rum in local bottles, beer and soft drinks, you will very rarely have the opportunity to buy any cocktails, such as mojito. Cigars and cigarettes are of dubious quality. Sometimes these bars sell snacks. Local bars take pesos and centavos, although landlords often ask for convertible pesos. It all depends on whether you can agree on what to pay. But keep in mind that local bar staff are public servants and they are literally paid pennies.

Local bars are not hard to find, despite the fact that there are no signs on the street. Stroll through the neighborhood and find a bare wall filled with neon light. Contrary to the reputation of Cuba in the bars is not at all noisy – they are quiet, calm, music plays rarely, if at all.

However, the bars create a special atmosphere. As foreigners, you will be welcomed in them warmly. 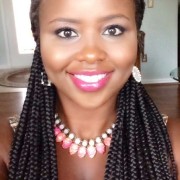